For Today. For Tomorrow. 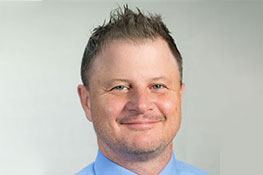 Thompson School District announced today that it has named Rick Bowles as the principal of the district’s new Pre-K – 8th Grade school in the Thompson River Ranch subdivision, which is currently in the planning process.  The school is scheduled to open in the fall of 2021.

Mr. Bowles is currently serving Thompson School District as the principal of Ivy Stockwell Elementary School in Berthoud.  His first assignment in the district was as a teacher at the school, where he taught 4th and 5th grade for ten years.  He later served as the principal of Namaqua Elementary in Loveland for four years before re-joining the Ivy Stockwell team, where he has served as principal for the past seven years. Mr. Bowles will remain in the position at Ivy Stockwell Elementary for the upcoming 2019-2020 school year while also participating in the new school’s design process. He will then transition to his new role in the summer of 2020 in order to assist with preparations for the new school.

“I have been so fortunate to be a part of the amazing Ivy Stockwell and Berthoud community for many years,” Mr. Bowles said.  “I'm sad to leave all of the amazing students, parents and staff at Ivy, but I am excited to collaborate with this new community to create a school that everyone will be proud to call home.”

Mr. Bowles earned a Bachelor’s degree and a Master’s degree in Educational Leadership from the University of Northern Colorado.